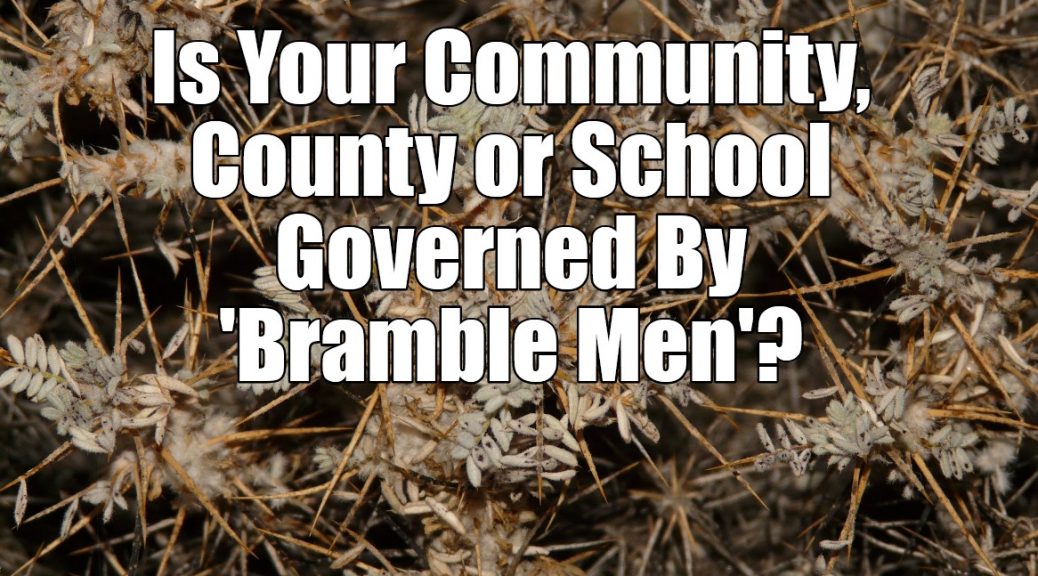 Jotham’s parable of the trees (Judges 9:1–21) is a fitting one for our day. Gideon’s vicious son, Abimelech, killed all his brothers except Jotham, who escaped. When Abimelech was having himself made king by the men of Shechem, Jotham, from the safety of a high cliff, interrupted the proceedings to preach a brief sermon in parable form before running away.

This was the parable: The trees foolishly decided to have a king, and the first one to be asked was the olive tree. The olive tree refused: it already had an important and useful function to God and man in simply being an olive tree. Next, the fig tree was asked, and he refused the offer on the same grounds. The vine, next in line, also refused. Then the bramble bush was asked, and he accepted, demanding then that all the trees obey him and rest in his shade! If they did not, said the bramble king, he would destroy them.

What Jotham meant, of course, was this: Abimelech was their bramble king, and, as a bramble man, he expected the cedars, olives, figs, vines, and all other trees, that is, the able men of his realm, to be under him and in his shadow. If they were not, he would use his royal power to cut them down to size.

For a long, long time, now, we have been choosing bramble men in church, state, school, and elsewhere. These bramble men hate men who produce something; they hate the farmers, ranchers, storekeepers, and manufacturers, all the producers of America. They prefer bramble men and they promote them.

They tell the vine, no more grapes, unless you are ruled by bramble men! They tell the olive, brambles are more productive than you are.

The crisis of our day is this: will the bramble men take over and destroy us, or will we overthrow the power of the bramble men? Whether you know it or not, you are on the firing line. But on which side?

Taken from A Word In Season: Daily Messages on the Faith for All of Life, Volume 7!